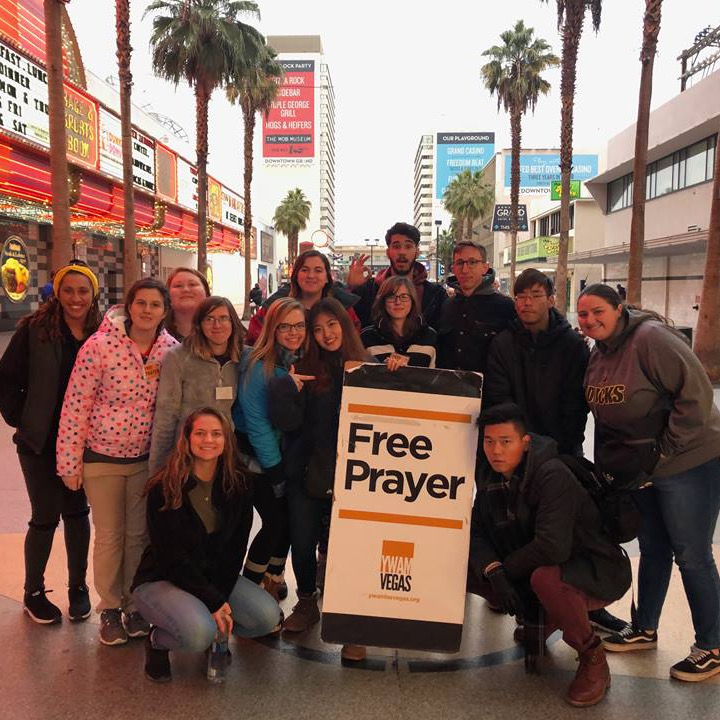 I first went to Vegas in the Spring of 2016. As we were walking, I passed some show girls and told my grandparents I wanted to stop and talk to them, but they told me to just keep walking. I boarded the plane shattered, knowing I should have stopped.

A couple years later, during my YWAM Discipleship Training School, we were being told our outreach locations. Vegas was going to be one of them for the West Coast. My heart leapt for joy, and I started praying. I prayed for an encounter. 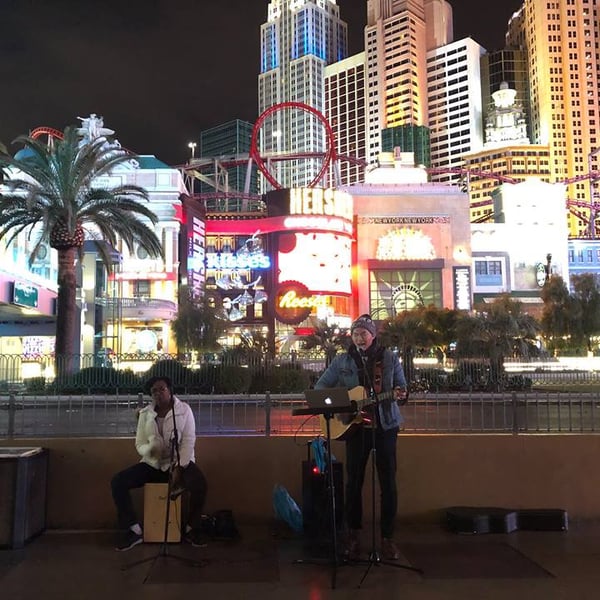 Three days into our outreach in Vegas we did a treasure hunt, which I had never done before. A treasure hunt is when you pray for God to reveal something to you: a color, word, name, pattern, etc. and then go out and search for it. One of the things the Lord gave me was an image of feathers falling with the word "beautiful" also in view. Knowing my heart desired to talk to the show girls and knowing they often wore feathers, I was excited.

As we walked the strip hunting for our sweet treasures, I didn’t feel like anything was sticking out that coincided. Though I passed a few show girls as we were walking, I didn't get an impression they were the specific girls God wanted me to talk to. I began to get discouraged, wondering if I missed my moment. However, as I was praying, I felt a jumping in my heart almost as if God was saying, “The feathers are coming!” As I looked up, I saw two show girls with bright orange and red feathers walking towards me.

In that moment, I knew THEY were treasure. I walked up to them and shared that I didn’t have money or desire a picture but rather to just talk to them. They obliged, and we talked about where they were from and how they ended up in Vegas. We laughed and talked about our love for nature, and afterwards I asked if I could pray for them. They said they didn’t desire me to and apologized. I told them it was okay, and I had no desire to force them to, and that’s when they said it.

These sweet treasures proceeded to tell me there were Christians who would stand on the strip with signs that said Jesus died for them, but they were going to hell. That was the view of Jesus they had, a view that pushed them further from Him. It was a view that Jesus hated them as much as these Christians, who also had a skewed view on Jesus’ character.

My heart broke as I told them that Jesus did die for our sins, but that is not how He would have approached them. I then shared that He had a deep love for them. I told them they were beautiful, beyond the feathers, and to stay safe; they told me to do the same. They then told me to stay warm to which we all giggled, as I replied that I had a few more layers on then them.

There are treasures all around who need to know they are loved!  YWAM Tyler is committed to seeking out these treasures! ❤️😊 If you want an opportunity to get to know the love of God yourself so you can share it with others, join us for a Discipleship Training School!