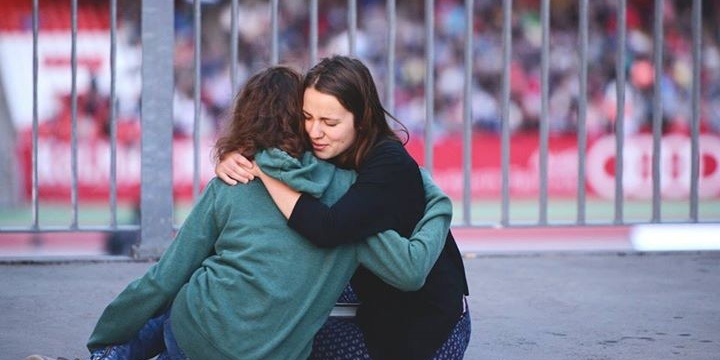 I used to say street evangelism wasn't something I was called to do. I didn't like the way I'd seen it done or been pressured to do it. I had no interest in shouting at people on street corners, telling them they were going to hell. I also didn't enjoy awkwardly handing out cheesy tracts. Things have changed for me though. Now, I love street evangelism and find myself addicted to it! I cannot help but talk to people about Jesus and pray for people everywhere I go. I even tell people that it's what I do for fun! What changed for me then?

Evangelism became less and less scary when I began to see it as simply being intentional about showing the kindness of Jesus to people, just like He did when He "went about doing good, and healing all who were oppressed of the devil; for God was with him." (Acts 10:38) To me, evangelism is just bringing the presence of God into dark places, because when God is with us, good and powerful things begin to happen!

One time, I went with a YWAM team to one of America's biggest cities, and we split up in groups for street ministry. We prayed for a few people, and then the friend that I was with noticed a street sweeper taking a rest, so my friend asked him if we could buy him ice cream. I told him we were out praying for people that day and asked if he had anything we could pray for. Well, you would have thought we had given him a million dollars instead of an ice cream cone! He cried at least twice during our conversation, telling us that he had become homeless that very day, showing us a picture of his daughter he loved but hardly ever saw due to his housing challenges and telling us he had been asking God for a "sign". He told us he had never had a father, and we told him about the love Father God had for him. We explained to him how to find the YWAM base in that city and told him there were lots of people there who loved God and could help him know what it meant to follow Him!

On another occasion, I went with my friends down to a popular bridge in our city and had an outdoor worship time there. After playing guitar and singing a few songs, the plan was to pray a bit and then walk around looking for people who we could pray for or talk to about Jesus. I quickly asked God if there was anyone He wanted me to talk to that morning. Street evangelism was new for me at the time, and I was nervous, so I was really hoping to hear something from Him! Then the name "Carmen" came to mind. I also had a picture of a big Hawaiian man and the words "a Father to the fatherless".

We ended up meeting a Christian woman who was a divorced mom trying to raise her teenage son but was very concerned about the fact he wasn't living for God and was concerned about his relationship with his dad who had a lot of brokenness in his life. When she mentioned she used to live in Hawaii and was part Hawaiian herself, I remembered the picture God had given me and the word about Him being a Father to the fatherless. I told her I really felt it was for her son, and she started to cry. We got to pray for her and encouraged her that God was looking out for her son in a special way! That was really fun, but I figured I must have just imagined the name Carmen since I didn't meet one, and we thanked Jesus for what he had done and went home. However, He wasn't done!

The next day I took my kids to the playground where I ended up having a conversation with a guy who was raising his little daughter alone and trying to make ends meet as well as be a good dad to her. Her name was Carmen! I got to share with him how God had put the name Carmen on my heart the day before as someone I was supposed to meet and pray for. He told me he was an atheist, but He kept making friends with Christians who obviously had some kind of power in their lives. "It's getting harder and harder not to believe," he said. I was able to share with him about why we need a savior and why Jesus came to earth. I told him I would be praying for some specific needs he mentioned and fully expected God to meet those needs the next time I saw him!

Evangelism still scares me at times, but fear gives way to fun the more I partner with God in seeing lives changed for His glory!