Hope for Every Mother and Unborn Child

My husband came in from work carrying a laundry basket. The white plastic sides were stretched out of shape and cracked in a few places, but neatly folded inside was a stack of blue jeans Alejandra had sent to me for my grandsons. Tears came to my eyes when I saw those little garments because that basket could have been empty.

When I first met Alejandra, her life was in shambles. She was a beautiful Hispanic girl with curly auburn hair and dark brown eyes. Her husband was in prison for burglary. They had a young son. She had come into the Pregnancy Resource Center (PRC) for a pregnancy test. Every girl that comes into the PRC fills out an information sheet that includes a question about church affiliation or religious preference. She had filled in that blank with the word Christian, a good talking point. Alejandra shared that although she was actively involved in her church, she had become involved with a new boyfriend. The test was positive, and now she was considering an abortion. 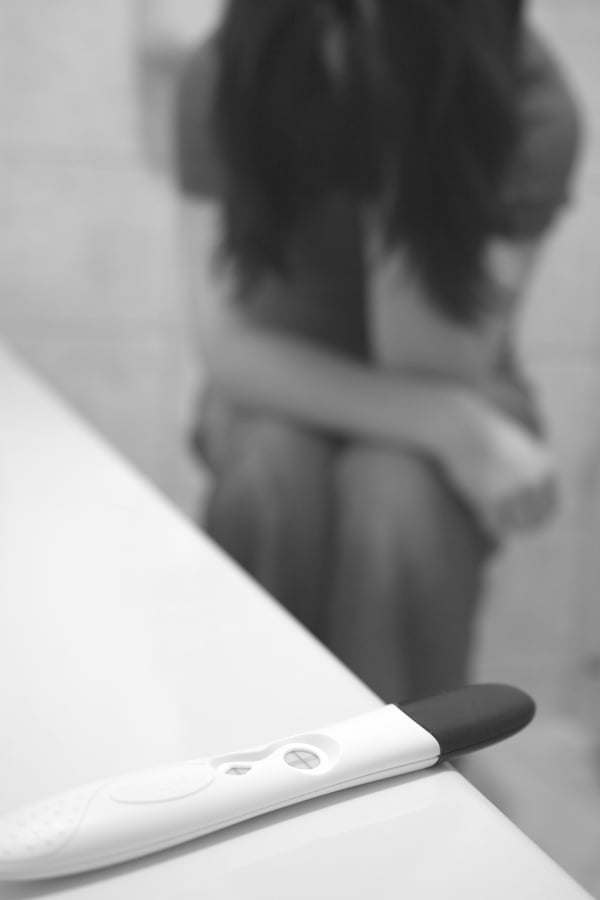 I asked her, “What would God think of this?” In the privacy of the consulting room, she fell to her knees and wept and wept, asking God to forgive her. “How could I have thought of aborting my baby?”

She also felt that she should go before the pastor and eldership at the church and ask them to forgive her. No stones were thrown. They all opened their arms and hearts to her. Alejandra put her life back on the right track. She continued to drop by the PRC from time to time for encouragement and prayer.

She gave birth to a baby girl and somehow still managed to go to college although money was so tight that she couldn’t even afford a cell phone. Alejandra came by to see me one day and shared that she had divorced her husband since prison had taken its toll on their relationship. She smiled, “It’s just me and Jesus now.”

A few months later, she came into the PRC once again and asked for a pregnancy test. Initially, I was a bit taken back by that request, but she told me she was now married to a man she had worked with in a leadership capacity at her church for eight years. He was a wonderful father to her two children, and now we had just discovered that they were expecting. Alejandra had graduated with a bachelor’s degree and was currently employed in the marketing industry.

The Pregnancy Resource Center is a part of Living Alternatives, a ministry of YWAM Tyler, and began in 1982. With every free pregnancy test, we also offer God’s love and an alternative to abortion. This approach brings hope to every mother and highlights the value of her life and her unborn child. God’s loving care isn't exclusive! It's for every woman and baby we encounter.

(Some story elements have been changed to protect the privacy of individuals.)

If you want to learn more about how to help women in crisis, join our Lives At Risk DTS this October!