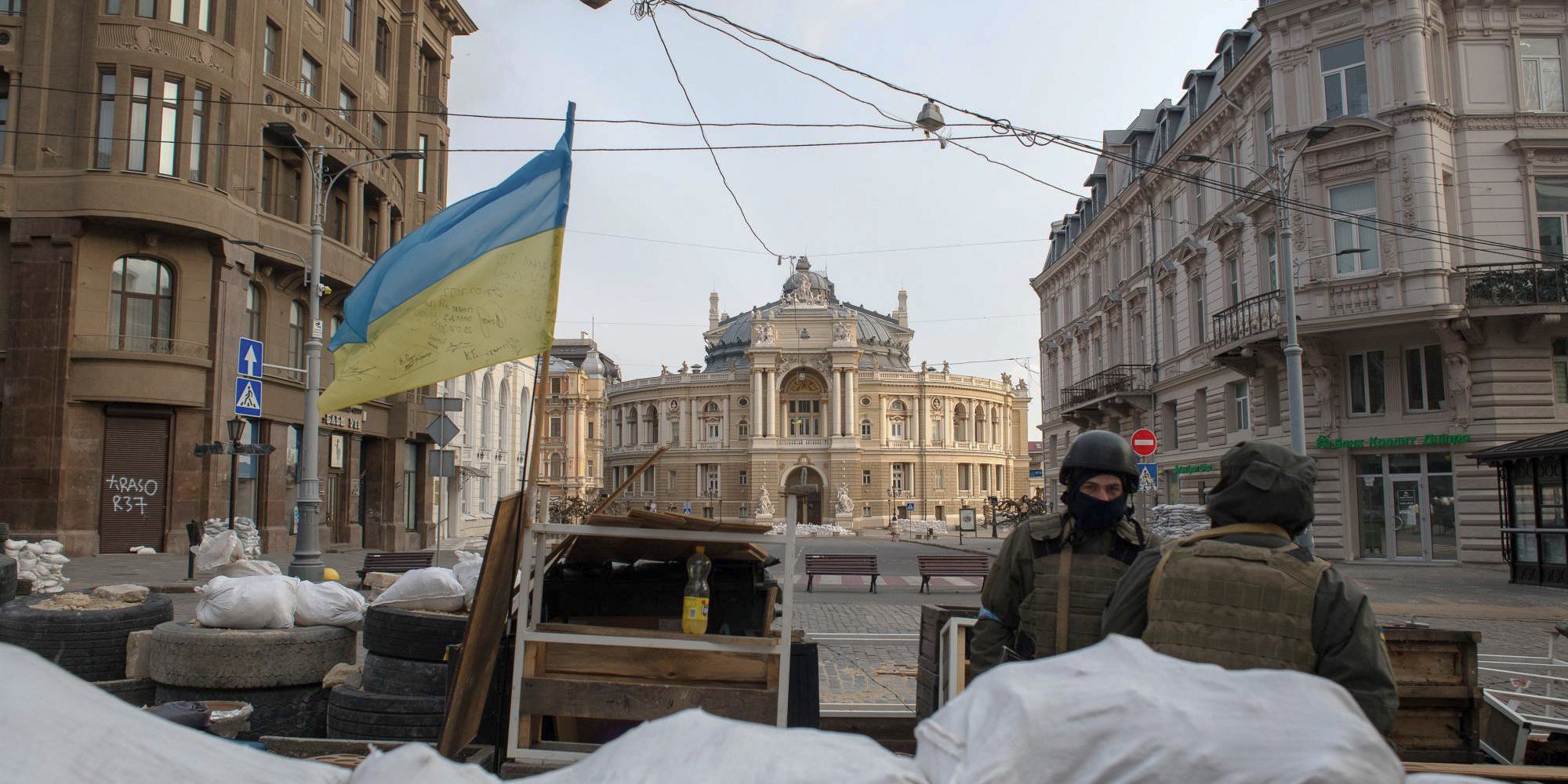 In these last few days, the bombing has shifted away from the surroundings of Kyiv, to the Black Sea cities of Mykolaev and Odessa. Weeks ago, it seemed as though Odessa was on its way to conquest when storms, and other strange things seemed to force the invading Russian army back.
My heart sinks as I think of this beautiful old city being bombed. Thinking of Kyiv has the same effect on me. I have a lot of personal investment in both cities. My family comes from this area. They lived in the Mykolaev region. Recently, one of my cousins hid in a basement as the city was being bombed. It was some time before she was rescued. Her son is still there fighting for its liberation. My wife Carolyn’s family were Germans, brought to Crimea by Catherine the Great. They lived and farmed there for several generations before immigrating to the U.S.
Odessa has a spiritual historical dimension that bears telling. At the turn of the century, a young man named Ivan Voronaev immigrated to the U.S. He found himself in the midst of a revival that started in a little church on a street named Azusa in Los Angeles.
This encounter introduced him to New Testament power and the leading of the Holy Spirit. He was led to return to Ukraine with this message of revival. He came to Odessa. He began to share this message with the Ukrainian people, and they responded with repentance and welcomed God to be among them.
In the few short years that he preached, taught and sent out disciples, over 17,000 people were saved and filled with the Holy Spirit. My grandfather was one of those. He was one of the first to respond and leave his home to take the gospel to Russia where he too, saw the whole village he went to respond to the message and receive salvation.
It was shortly after this revival that Voronaev and his wife were arrested and sent to the Gulag, a system of labor camps, where he died. His wife fulfilled her sentence of 25 years. My grandfather was also arrested and sent to prison but was miraculously released and began his 25 year journey across the Soviet Union, Central Asia and China.
During that era, Stalin removed millions of Ukrainians and spread them out across the whole of the Soviet Union to Siberia, the Far East, the Caucasus and beyond. Little did he realize that he was helping spread the revival to all of these places. It was these disciples of Voronaev that became the foundation, of what we know today, as the underground church in Russia.
Stalin replaced the banished Ukrainians with millions of Russians which created the problem we are facing today, and the reason why there are breakaway regions all across the former Soviet Union.
Ukraine became the spiritual center of Eastern Europe. It is estimated that 70% of the evangelical churches in Russia today have Ukrainian pastors. Ukrainian churches can be found all over the former Soviet Union. In fact, they can be found all across Europe, the U.S. and the world.
We have many Ukrainians in YWAM spread around the world.
So, you can maybe see why we Ukrainians cry when we see the news these days. When we see our beautiful old cities like Odessa and Kyiv being bombed. The city of my mother and her family being literally wiped off the face of the earth.
You can maybe understand why we feel that this is spiritual warfare from the Enemy who is not pleased with the spiritual history of these places.
Will you join us in earnest prayer over these next few days and weeks?
Pray that this senseless killing will stop. These are young boys who are dying every day in both armies.
Pray for the many thousands still under siege in Mykolaev without food and water.
Pray for our young disciples, and our YWAM teams today who are sacrificially going to these places rescuing people, and taking food and supplies to them.
Pray for miracles.
This article was original written and published by Al Akimoff. See his ministry and post on Facebook.
Please consider supporting our ongoing efforts in Ukraine to bring needed food, support, and help to those most vulnerable. Visit YWAM Tyler's ministry MercyWorks to donate. All monies received via this website directly support Uplift Ukraine initiative.
For updates on the Ukraine situation, visit: www.ywamslavicministries.org

All our YWAM missionaries serving in Ukraine began their journey in a Discipleship Training School. Get trained and disciplined to Know God and Make Him Known.