Young people from all over the world flock here to YWAM Tyler for discipleship and to discover their God-given passions. Our friend, Matthew Nocas, was one of those youths. Riding a specially modified adventure motorcycle, he brings awareness to human trafficking and finding unreached people groups across the globe.

After joining YWAM at the age of 18, Matt has labored around the world in some amazingly diverse assignments, from spearheading Olympic games outreaches, to pioneering traveling mobile teams which took the Gospel all over the U.S.A.

One of those mobile missionary groups was a bicycle team who traveled across the Alaska Highway through Canada sharing the Gospel and inviting others to join them in sharing the the love of Jesus. Some 20 years later, he never dreamed that the Lord would ask him to get on a motorcycle to change the world of human trafficking.

The roads he travels now have become a rallying point for people and resources to fight human trafficking and become agents of change in the neediest parts of the world. 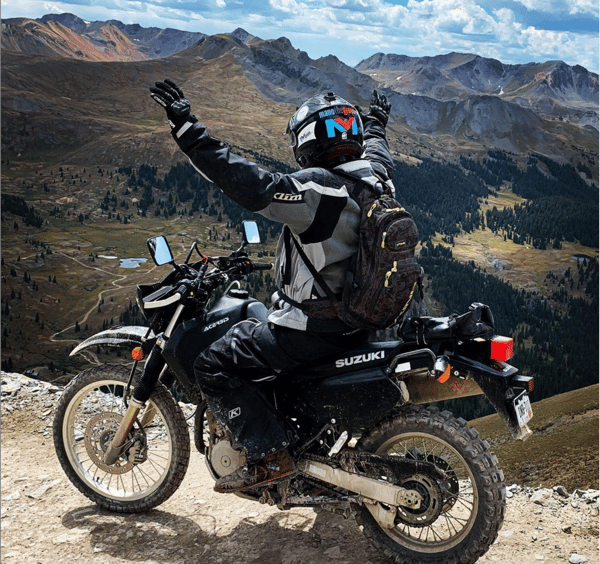 95% of the world's roads are dirt. With dust flying from the back of his motorcycle,  Nocas peers through his goggles into the middle of the 10/40 window. It's in this literal middle earth where human trafficking flourishes and unreached people groups are still waiting for the Gospel to be shared with them.

Without GPS technology there's no possibility of this ever working, and with translation apps on his mobile phone, conversations about family and faith come up naturally in every country.

It was heart wrenching seeing the torment etched into the faces of young Yazidi women Isis enslaved in Iraq. No one will marry them now knowing they are no longer virgins. They are alone. They have no future.

Algeria is closed to the Gospel of Jesus, and fear from what could happen made this a solo trip. However, what Matt experienced was incredibly warm hospitality from the Algerian people. A police escort with sirens blaring accompanied him across the terrain. It was a great way to announce his arrival in every town. He had complete freedom to converse over a hot cup of tea with whoever he wanted.

A small crash in Borneo left him and his motorcycle banged up pretty bad. The first person on the scene to help him was a Muslim man who owned an ATV shop, who willingly repaired his bike. The event reminded him of Jesus' story of the Samaritan man needing assistance. Bandaged up by his new friend, and well taken care of by the man's family,  Matt has seen God's supernatural help in many situations.

The Bottom Billion, a book by Paul Collier, identifies keys in why the gap between developing countries and the rest of the world is widening. The chains of civil wars, loss of natural resources, and just plain bad government provide a backdrop for real people to be neglected and extorted.

Most of them live on less than two dollars a day. They've never had a Bible or met a Christian, including the 4.8 million trapped in human trafficking. As a mission, we will not turn a blind eye to this global need for awareness and action. Matt's team at MotoVision is determined to make a dent, small or large, in this area of crisis to the glory of God.

What can you do? Join a training school and get discipled to make a difference. The Discipleship Training School is the entry program to working with YWAM globally. We offer this training 4x a year, January, April, July, and October. Sign up and spend 3 months learning the heart of God and 2 months traveling across the USA and abroad to learn how to share the Gospel. After this the sky is the limit.

Mercy and Compassion Warms the Heart