Breaking The Cycle of Prostitution And Trafficking

"My mom pimped me out when I was about 6 years old." - Street girl.

"Wow, we got an education on the streets of Houston! The school of hard knocks." - Kim Dale, who with her husband Martin, direct Youth With A Mission Houston.

The following interview is part 2 of the story of rescuing people from perishing on the streets of Houston, Texas. (Read Rescuing the Perishing Part 1)

When Martin and I first heard about trafficking, I thought what a terrible thing! But it's happening in places like Thailand, right? Way over there in other countries. Then we learned how extensively trafficking was happening here in America, and how much it was happening in our own city.

As we worked with the street kids, we realized many of them had been trafficked.

Listening to them talk was, and still is gut-wrenching.

“My mom sold me for THREE dollars." I asked my mom, "Is that what I'm worth to you?! Three dollars?”

"Jamie" was pimped out by her own mother. Prostituted at the age of six. When her mom was going to sell her younger sibling too, Jamie argued with her mom, who relented and only sold Jamie instead of her little sister.

"My mom sold us to these guys for weed. She'd sell us for cash or trade us for drugs."

In Houston, we were seeing street children become adults, having their own children and trying to be a parent themselves when they do not even know what a parent looks like.

One girl was continually raped, beginning at the age of four. The family had access to her repeatedly and left her in her own blood and vomit. Her dad and grandfather continued to rape her, until one day at school she heard a girl describe a normal relationship with her dad. It made her realize that all families did not do this. She went home and confronted her dad. He kicked her out.

We may be judgmental in wondering, “Why are you a prostitute?” But it starts to make sense when all a girl has known since she was four has been extreme abuse. 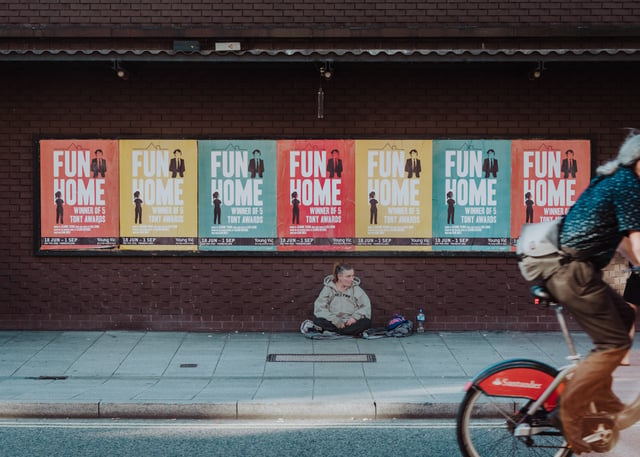 Our heart at YWAM Houston is to break the cycles of abuse, poverty and hopelessness. Our goal is to stop the cycle repeating itself generation after generation. A lot of these parents are “little ones” all grown up now, who never were rescued.

Proverbs 24:11, “Rescue those being lead away to death hold back those going towards slaughter.” That's what we do and that's what the blood of Jesus does.

On the day of this interview, we are fighting for a baby in court. Trying to make authorities aware of this child so he would not be released into the hands of his bio-parents who are not fit.

The flipside is we want to help the parents too. If they will get into a treatment program God's grace will help break the cycle. If we can see it broken in the children, it will not keep repeating itself. We have helped a lot of people get off the streets over the years.

Most importantly, we know God is wanting to bring healing and restoration into their hearts even if the street kids don't want it.

Now, we go on the streets ministering to prostitutes who walk there. "Johns" troll the streets looking for prostitutes. We get right out in the streets with the prostitutes and walk up to the cars. The guys sometimes think we are out there trying to sell ourselves and then they get a very different message.

We'll walk up to the car and they ask, “How much?” and we say, “We are here to pray for people.” We have had some of these guys give their hearts to Jesus right there in their car.

We partner with ministries that work specifically with trafficking. If a girl wants to get off the streets, we are able to refer them to those programs that have residential places, that can hide them from the pimps. We have different angles we use to combat prostitution and trafficking.

The more you hear the stories the more you realize these are very broken people. Parents selling their children.

We heard of a mom who said to her daughter, “God gave you an ATM machine and it's between your legs, now go use it." Moms are training their daughters and sons to be abused and sold. This is a big problem.

Another "church-going" mom held her 10-year-old daughter, Ashly, down while 5-6 men raped her. Ashly told of when she was 6 months pregnant and her mom pushed her down the stairs. Then Ashly called us because she was in the hospital. Her mom had fixed her a drink of vinegar and bleach that burned her esophagus.

Kim was picking Ashly up from the hospital when her mom pulled in from church, her mouth was twitching, probably drug induced. Her mom asked, "How is she doing?” I was thinking “You mean the one you poisoned?” But I just said, “She is fine.” She answered, “Tell Ashly I love her.”

This is the time we have to rise up. We have to be warriors for the kingdom of God. Our lives should bring glory to Jesus. This is not the time to sit back and be afraid.

This is what the church is made for. We are not supposed to fit into the world. It is the time to stand up like never before, and be a light for Jesus. Whatever that looks like. We do not know what that looks like today. We are living in some crazy times. But rise and shine church!

Kim and I "tomato stake" ourselves to people’s lives to support them and help them to grow, helping them bear good fruit. We are from rural Missouri and God gave us His heart for the cities.

Back in 2000, Fox News ran a story documenting prostitution called City Under Siege. It was filmed in the Montrose area where we work. One girl they interviewed, Brandy, was asked, “Why do you do what you do? She swung her hair around and answered with a bit of confidence and sarcasm, “Because it's all that I know."

She passed away and we went to her funeral. I remember walking into the funeral home. There was almost nobody there. Just a few people and a few prostitutes. No family, no nothing and no drag queens who had been running the streets with her.

It was a stake in the ground moment for us, assuring us that we were where God called us. A lot of change has happened in the Montrose area thanks to Jesus.

Our call is to RESCUE. That is what we have been doing for the last 23 years. Rescuing babies and adults and the homeless, getting them into safe places. 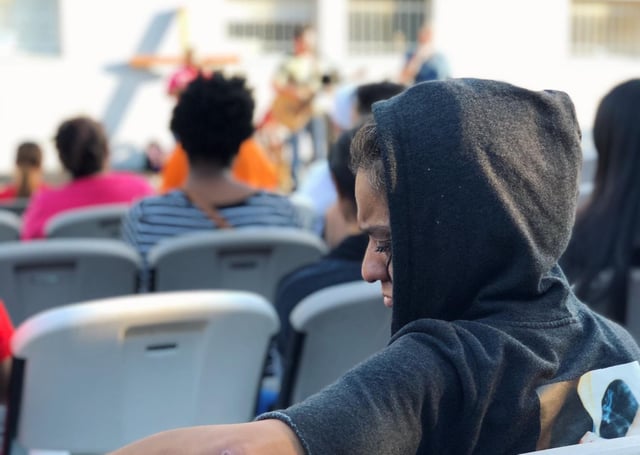 YWAM Tyler is committed to training and discipling people for ministry in every nation of the world, including right here in the USA. Take time in your own life to discover God's call for your own life in a Discipleship School. There's a training school starting soon.

My Journey to Know Jesus at YWAM