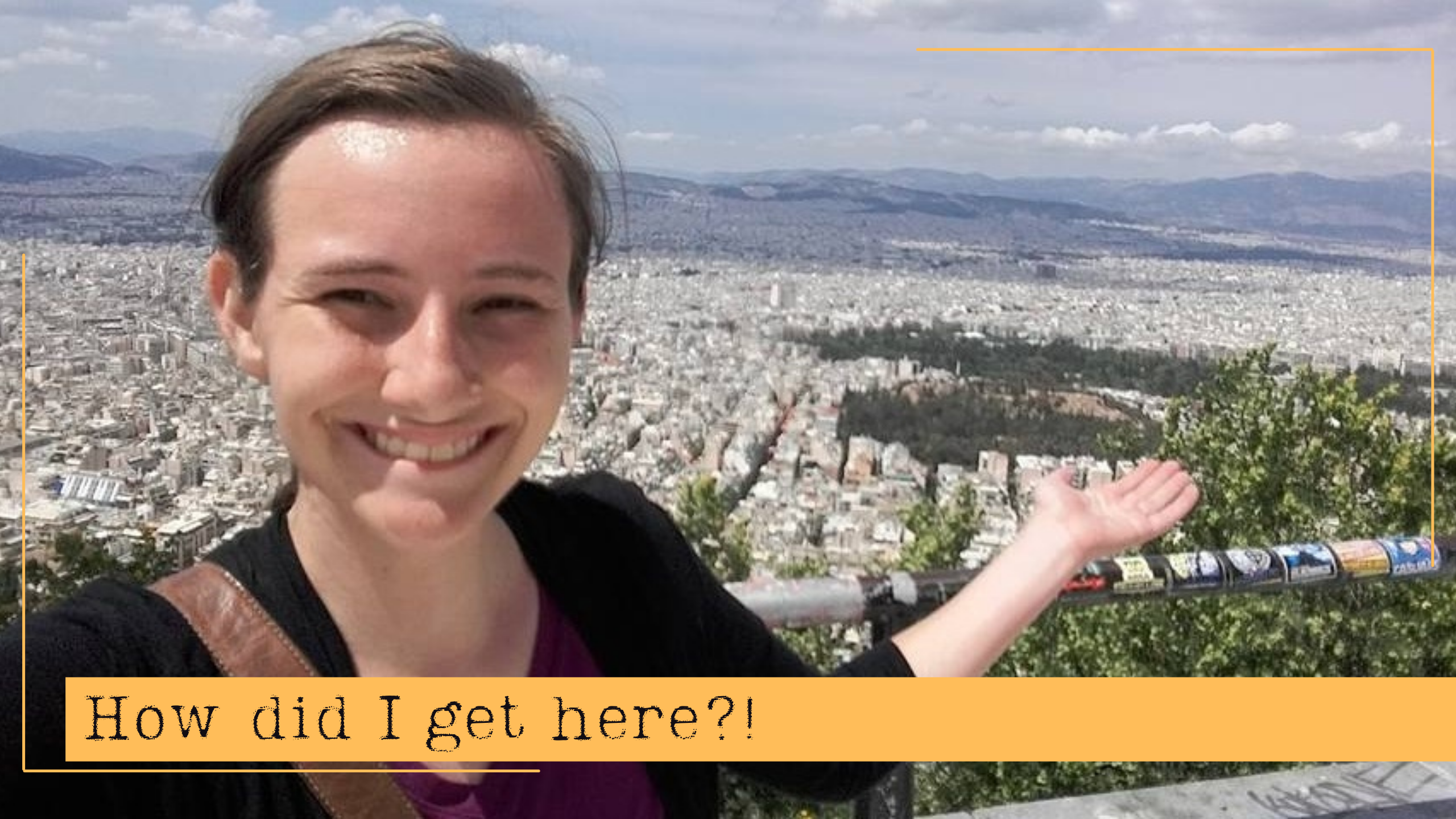 I still owed $750 on tuition, and the $1,000 due for the outreach plane ticket was due that day. The trip to Greece was in just three weeks, and I needed an additional $2,000 on top of the airline ticket. I had no idea where this money was going to come from, and I was freaking out.

"It's hotter than a firecracker in here!" exclaimed Leland Paris, as he stepped into the 12' by 15' foot well house we called our prayer room.

As YWAM Tyler's base leader, he knew we desperately needed a new building to become our "House of Prayer." It was 1998 when volunteers from all over America gathered together to transform this tiny, hot, well house into a place for large groups to gather. Little did we know that soon we would have A/C, heat and bathrooms!"

From Comfort Zone \\ To Divine Absurdities 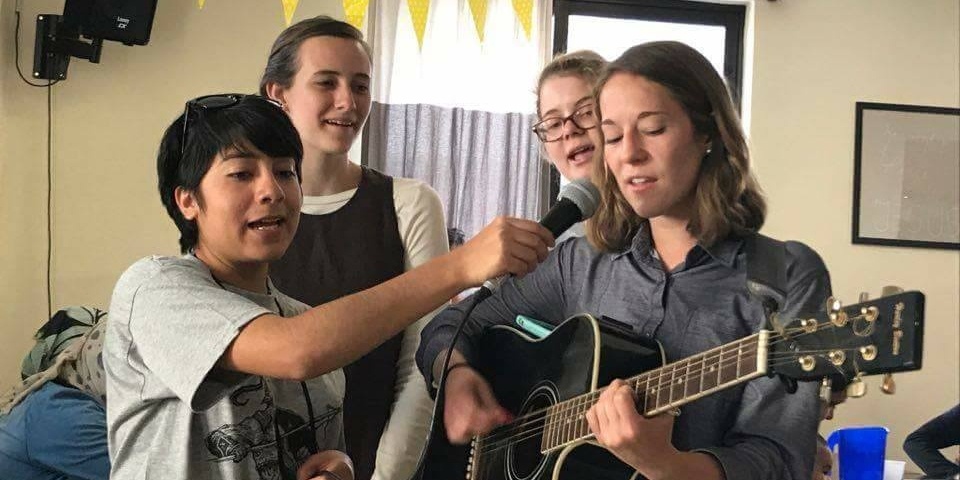 I still owed $750 on tuition, and the $1,000 for the outreach plane ticket was due that day as well. The trip to Greece was in just three weeks, and I was going to need an additional $2,000 on top of the airline ticket. I had no idea where this money was going to come from. Basically, I was freaking out. 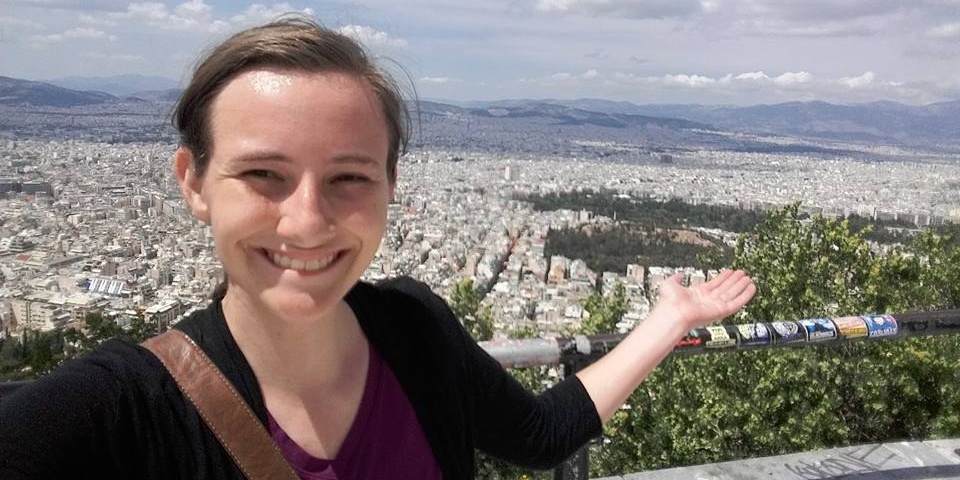 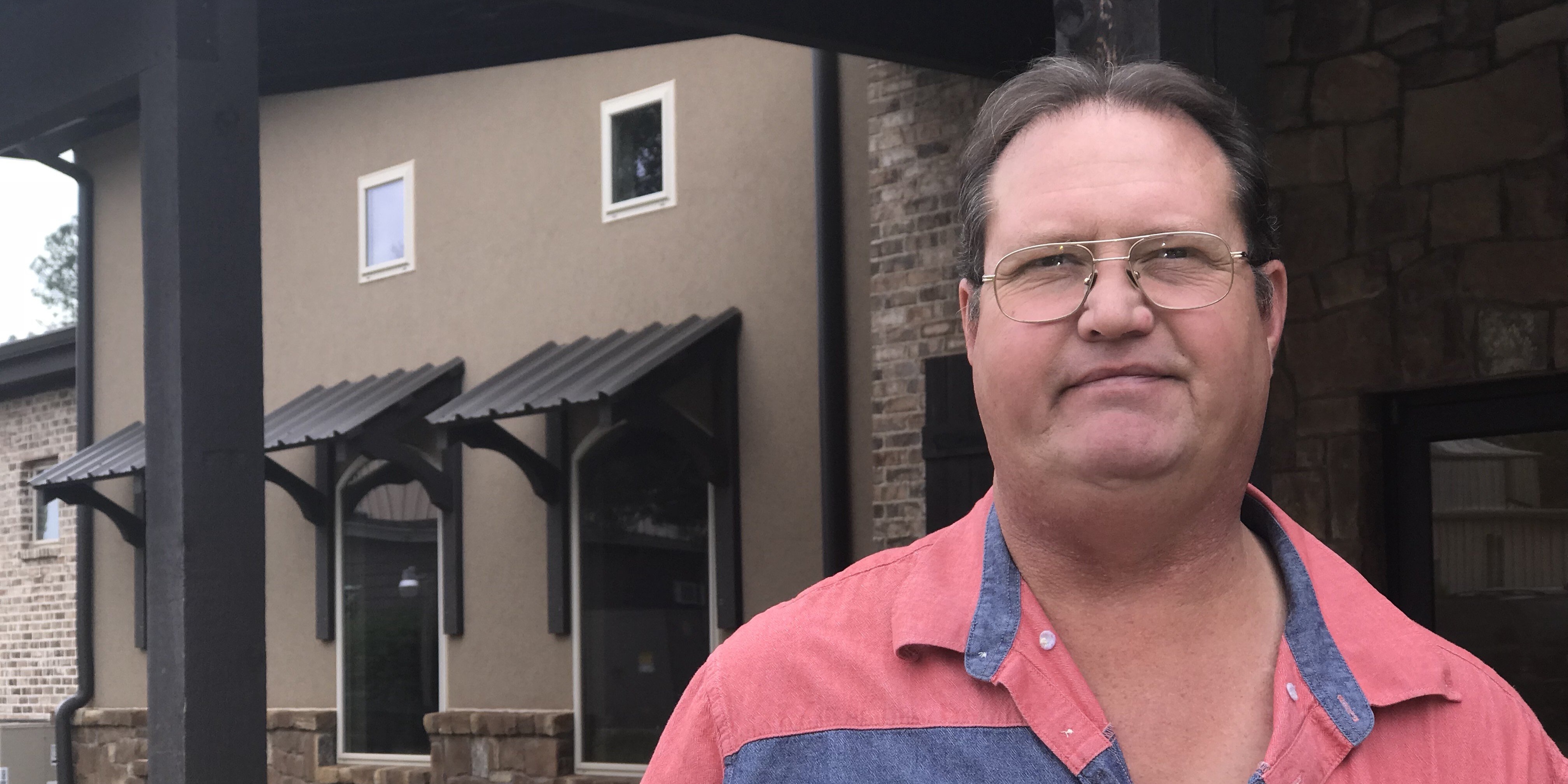 Tyler Tom is always on the hunt for amazing, true God-stories around the YWAM Tyler campus, and this one blew us all away! Join us as we travel with Derek Sandiford (one of our beloved South African staff members) on an unforgettable outreach journey...

It was 2016, and by a miracle of God's eleventh-hour provision I had landed in Mexico with the rest of my classmates on our School of Evangelism outreach. We were hosted by YWAM Creel, a base located in the mountainous Chihuahua region of Mexico. One of our exciting team projects was to create an agricultural garden using the contours of the earth to generate a self-watering system. We tried to enlist the services of the base's skid-loader to help us in this project, but all attempts to get this machine started met with failure. Because I'm handy with machines, I checked it over and determined it was in need of new filters. Willy, our host at YWAM Creel, offered to drive me to town to find the necessary replacements.

However, being in the remote mountains of northern Mexico as we were, this was no small undertaking. Quite unlike a trip to the local auto-parts store in America, this was going to be a full day's outing! To reach town we had to carefully navigate along a steep dirt road, made all the more treacherous by recent rainfall. We also had to pass through a checkpoint manned by military commandos, which Willy thankfully negotiated with skill in his fluent Spanish.

Commandos behind us, we continued our slip-sliding journey until, a little further down the road, we encountered a local man unsuccessfully attempting to coax a tipper-truck up the mountain. His vehicle was struggling to get any traction on the slippery road surface, causing him to lose more ground than he was gaining. Willy and I immediately pulled over and offered to help the guy. From the back of his Chevy truck, Willy produced a length of strong rope which we attached to the tipper-truck, securing it tightly to the Chevy's rear bumper. My job was to jump up and down repeatedly on the truck bed to enable our tires to gain traction on the slippery road. Meanwhile, Willy revved the engine to full power, straining the rope close to breaking point as we inched forward. Progress was slow, as we negotiated the many twists and turns and gradually gained ground up the mountain. I was sweating profusely with the exertion of repeated bouncing while working to maintain my balance on this hazardous journey. With each bounce, I strained to glimpse the muddy road ahead of us, willing our convoy onwards and upwards

Finally, I noticed with relief that we were approaching an area where the tipper-truck driver would be able to carry on independently. I willed my weary body to keep jumping, directing all my strength into each bounce with increasing determination.

And then, suddenly, I experienced a moment that changed everything...

I felt my feet push off the metal truck bed, as they had so many times already. But this time as I strained my eyes to see the road ahead of us, I was greeted only by a vision of clear blue sky. The familiar road had completely disappeared. In that awful instant I realized the Chevy had slid off the road and was now airborne - tumbling helplessly over the steep mountainside with tipper-truck in tow. My legs vibrated with an unnatural hollow sound as I landed on a truck bed no longer in contact with the earth. In spite of myself, my eyes squeezed tight as I mentally prepared for the crash at the end of this ride which I believed would propel me straight into heaven. I held my breath. And waited.... waited... NOTHING. Curiosity overcame fear as my eyes snapped open once again. To my utter astonishment, we were back on the road. The sensation of weightlessness evaporated and our convoy resumed our winding ascent of the mountain road. IT HAD ALL HAPPENED IN AN INSTANT.

If It Wasn't an Angel, It Was a Miracle! 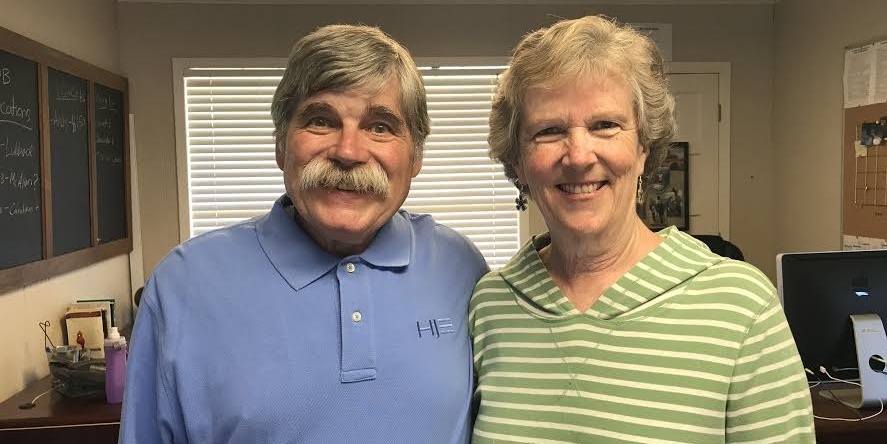 YWAM Tyler has a rich history that started in New Jersey then led to California and finally ended up here in East Texas. God has shown up in many miraculous ways to guide, provide, and protect throughout the journey. Herb and Sue Haines share their stories of God's faithfulness showing up in surprising ways.

On Outreach with YWAM Anything Can Happen 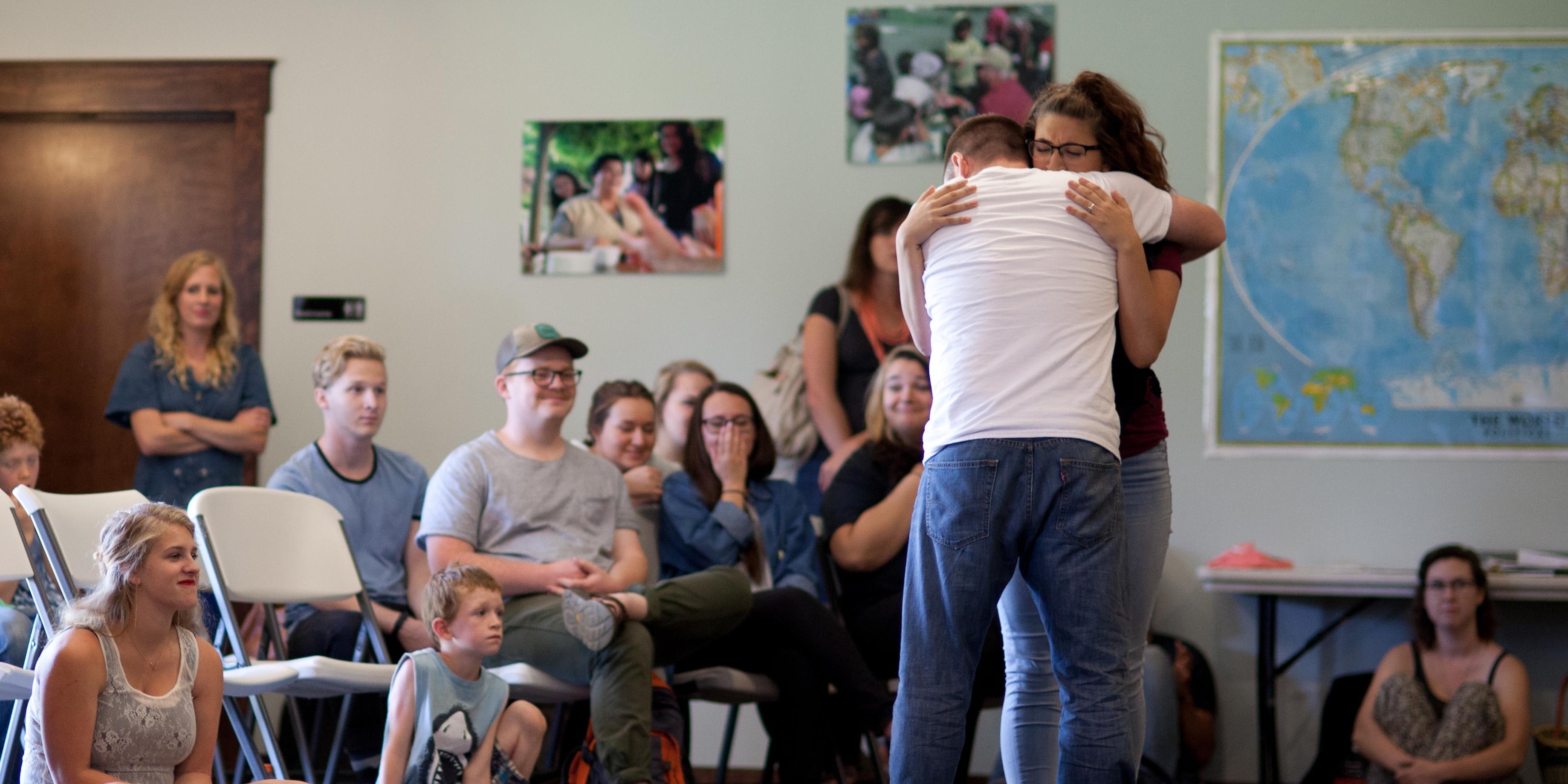 Outreach stories always offer the best memories for faith and fun. No two stories are the same, and for good reason. In the journey, we all need to laugh a little and be encouraged with the fact that God cares about the little things and deeply loves us all.